So I won a Basic Stamp kit from ebay last week. Last night I had a chance to play with it. I went through the included book, and got through most of it. In the end I built the following: 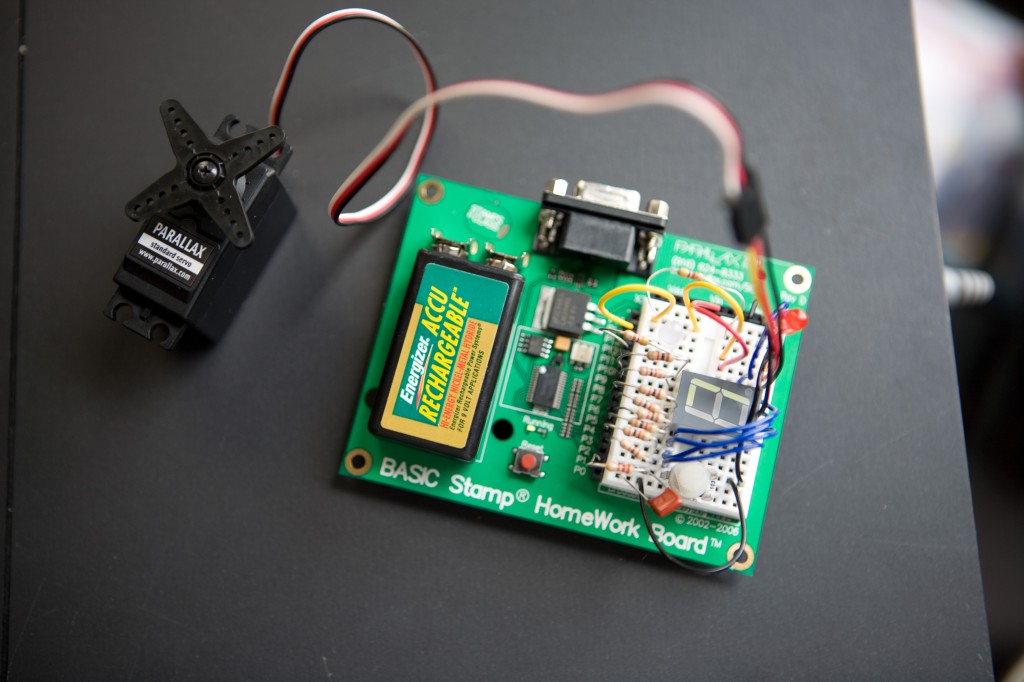 That is a servo on the left, the basic stamp has some code in it that detects the position of the potentiometer in the lower center of the breadboard using capacitor discharge timing and then moves the servo to match the pot's position. The 7 segment display lists a number between 1 and 10 depending upon the servo's position. The white colored LED actually flashes either red or green depending on if you're rotating the pot clockwise our counter-clockwise. It was fun to build and actually not that hard.

I am really excited about programming microcontrollers and I'm looking forward to my next projects. At some point soon I feel like I'll be able to finally hack the Furby. You can check out the code I wrote here.

Update for Riyad:I made the thing on the left spin when I turned the little white knob on the right. I did this using magic.