Today I picked up my first produce box from the South Central Farmers' Coop and its contents were simply amazing.

My lovely wife Penelope and I have been trying out different organic delivery services over the past few months. We started out with L.O.V.E. Organic Delivery, which we really enjoyed, but much of the produce was grown far far a way. The nice thing about L.O.V.E. was that they delivered right to our door every week.

We stopped L.O.V.E. because we really want to support local farmers and not waste energy having our food shipped from other states or countries. Our next move was to try Community Supported Agriculture.

With a CSA you basically buy a semi-yearly share in a farm, if the farm is successful (and most are in sunny Southern California) you get a box of veggies every week. We read great things about Tierra Miguel, so we gave them a try.

Tierra Miguel's boxes were huge, but of the three we picked up, we found their selection to be lacking. This could be related to the season we're in right now, but for us, it was just too much greens. Our first two boxes were almost entirely different varieties of lettuce, and several bunches of each kind. TM's quality was top-notch, but for our small family of two, it was just too much. And for $45 a week, it was just more than we could justify while still having to buy other veggies to round out our meals.

I understand that a big part of the price of the CSA is supporting the farm, but TM just didn't seem like a fit for us. Enter the South Central Farmers' Coop. 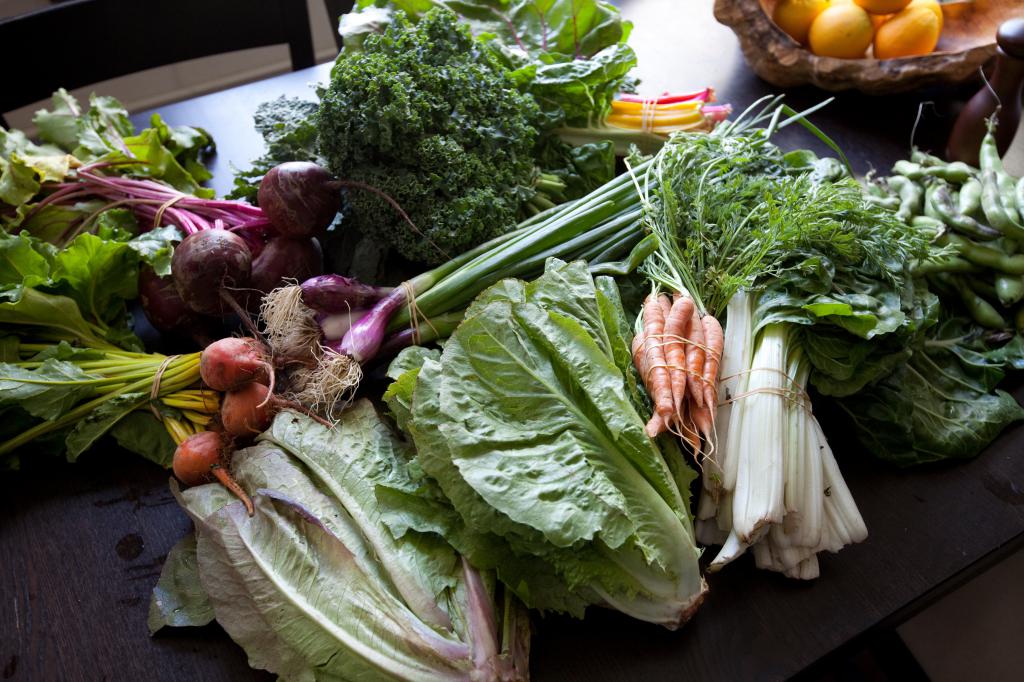 Bordering on a reasonable amount of vegetables for two people in one week, the South Central Farmers' Coop box was packed full of beautiful organic, locally-grown vegetables.

Initially we didn't go with the SCFC due to the lack of fruit in their offerings. Today when I went and picked up the box at the Farmer's Market at City Hall I also picked up some organic fruit from the other vendors at the market, so that solved that problem. Once I got the box home and opened it up I was amazed. So many quality veggies inside, including:

I don't think we've ever prepared golden beets, but we love beets, and Penelope has a mean recipe for salt crusted beets with horseradish creme fraiche. I actually didn't realize you could eat kale, but I've already found some good recipes for it creamed. I make a mean fava bean cassoulet, and today at the Nickel, owner Monica May gave me a great recipe that I think I'll try.

We're very excited about the SCF Coop box, and we'll almost certainly buy a whole season's worth. The boxes were only $15 a month for the cheapest option, but you can pay more to support the farm or pay $30 and someone who can't afford it will get a free box... now that is cool. We'll most likely do the buy one, give one deal when we subscribe. 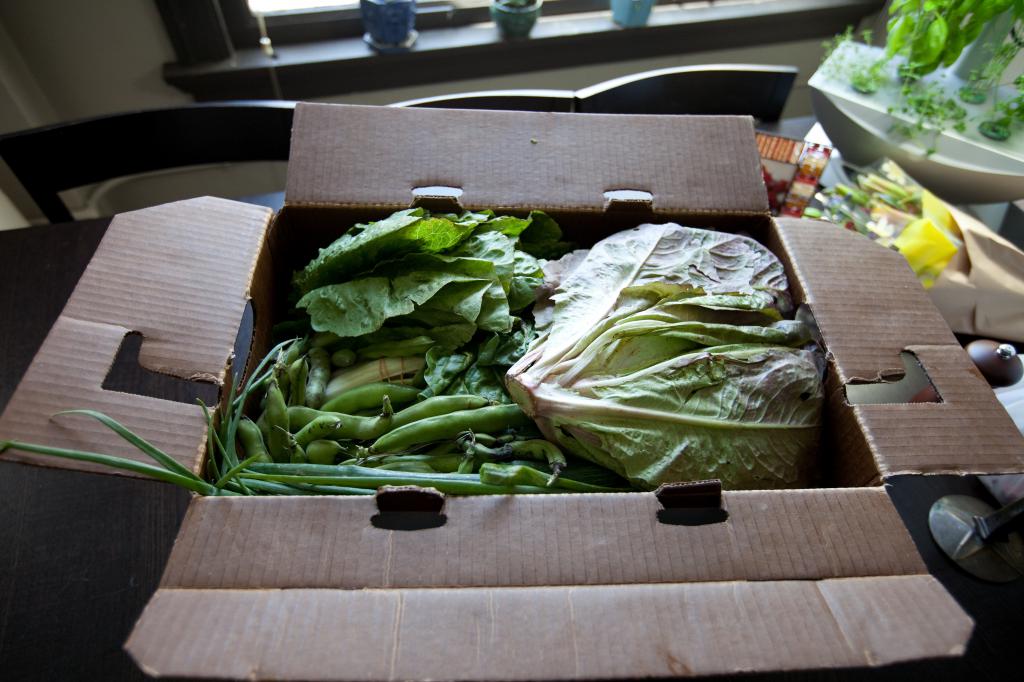 At first sight, the amount of vegetable matter contained in the SCF Coop produce box is deceiving.