I just recently recieved one of The Great Internet Migratory Box(es) of Electronics Junk (TGIMBOEJ). The TGIMBOEJ is an awesome box of random electronics that various geeks send to each other. The idea was started by Lenore over at Evil Mad Scientist Labs.

Basically you put your name and contact info on a Wiki page devoted to perspective TGIMBOEJ recipients. Then someone finds your name on said list, and either creates a new box to send you or forwards on the box they currently possess.

The rules are simple, take what you want from the box, add some cool stuff, and then send it on to someone else in the list. You can see the status of the various boxes on this wiki page.

I received a box called Big Box of Electronic Booty started by someone who didn't add their info to the wiki. The box then made it to Jen Grier, who sent if off to Sidney who then sent it to me.

I will be mailing the box off on monday to Logan from Binary Tide.

The TGIMBOEJ project is awesome, I'm looking forward to receiving another box some time soon! 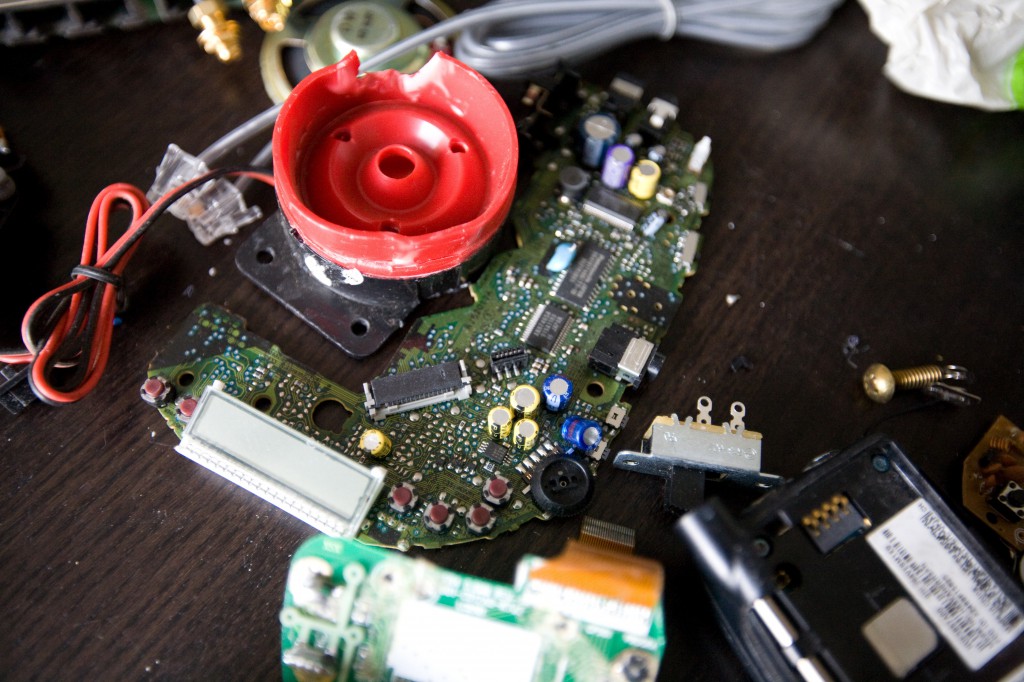 One of the items I kept from the TGIMBOEJ was the big red buzzer (upper left). I haven't hooked it up yet, but I bet it's loud! 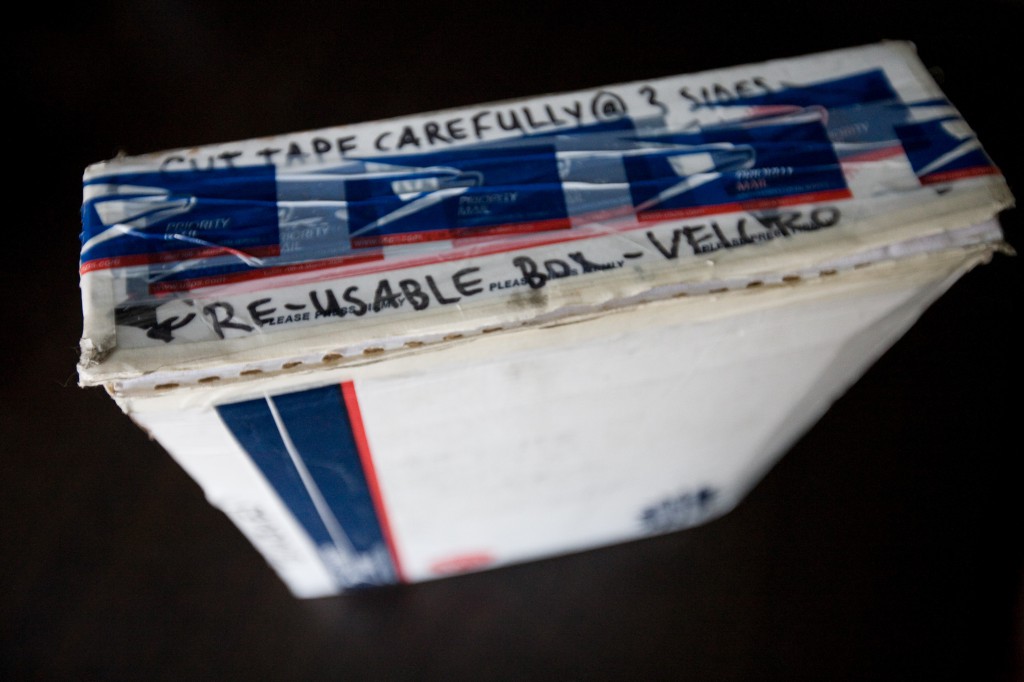 The top of the TGIMBOEJ is re-sealable thanks to the velcro beneath its flap. 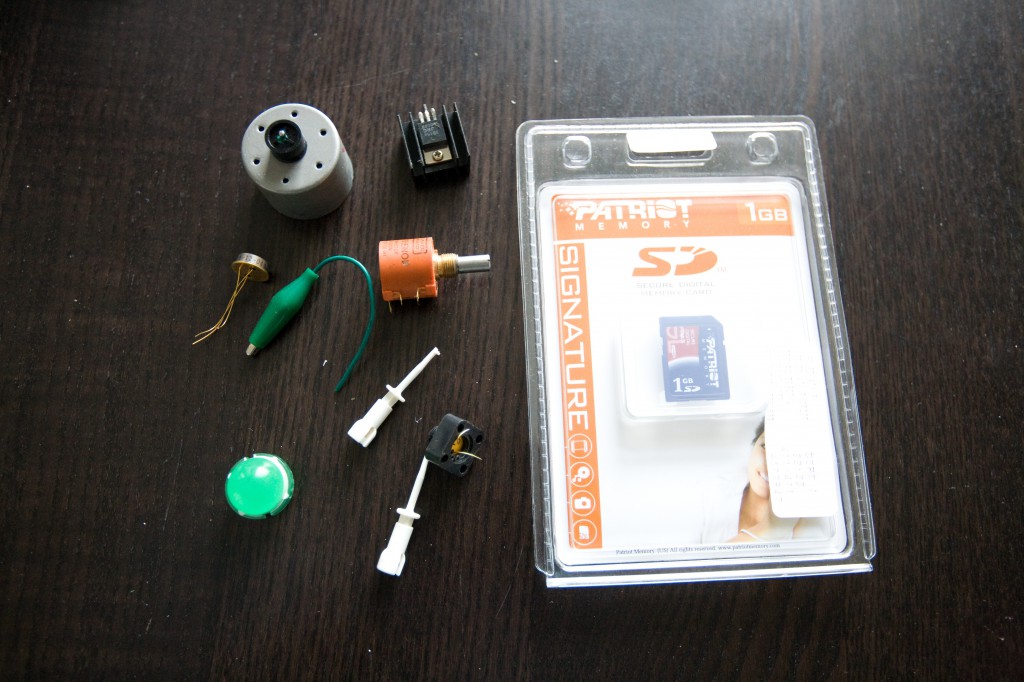 My contributions to the TGIMBOEJ include a 1GB SD card, alligator clips, a giant LED, a potentiometer, IR laser, and more. 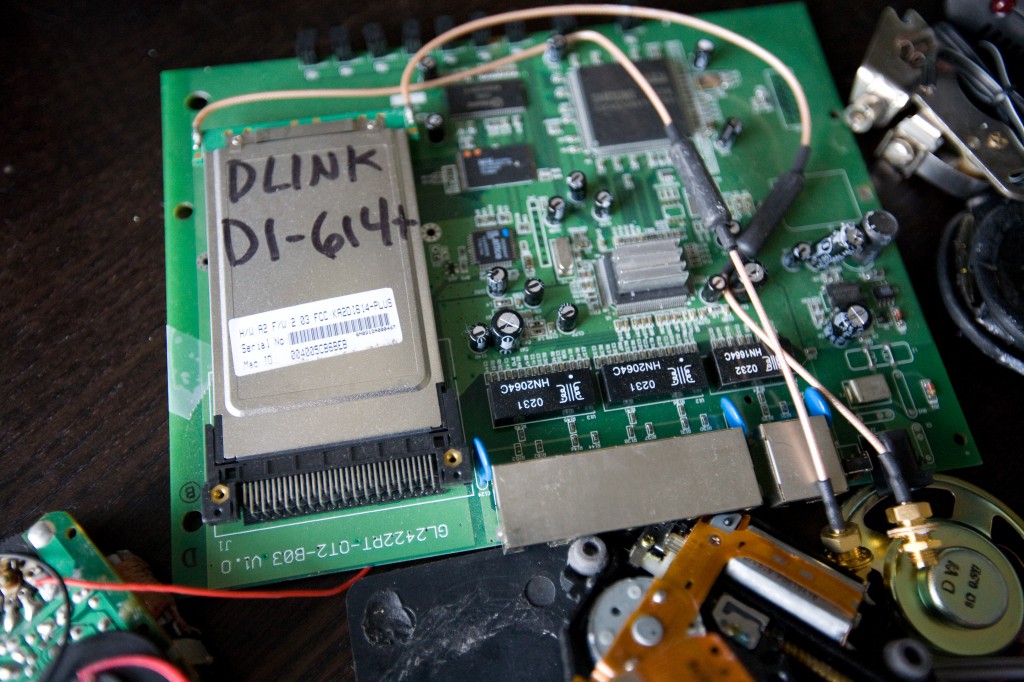 The logic board from a DLINK wireless router sits on top of a pile of junk from my TGIMBOEJ.

You can check out more photos on in my TGIMOBEJ gallery.